Chilean MTB Enduro rider Pedro Burns had an instant love affair with cycling from an early age. After being given his first bike as a toddler, his talent was such that he removed the stabilisers at just three years of age. Looking at his manual skills now, looks like he’s been on that bike since!

Featuring iconic locations like the Valle Nevado in Chile’s Andes and the Created by: Rob Parkins 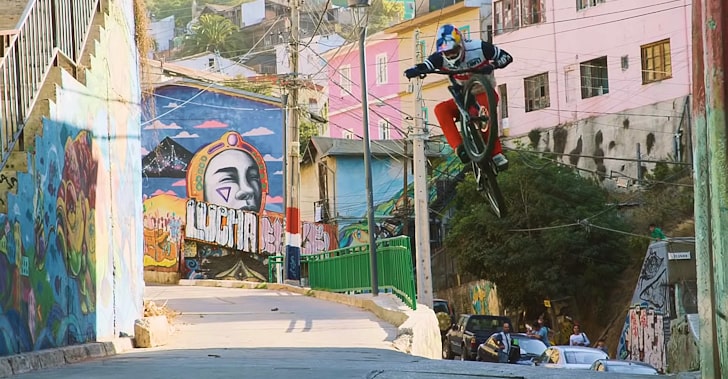